Is writing English fiction in South Africa attempting the insurmountable?

by missmelissawrites on September 21, 2015 in thinking, writing • 2 Comments

Once upon a time, after a particularly lame tome, I thought pffft. l could write a book.

Then, one zillion drafts, three thousand cups of tea and a warehouse of rusks later, I realized it was much harder than I thought.

Don’t get me wrong.

I enjoy the process. The satisfaction that comes from getting a few miserable words to fall into an emotionally moving space is worth at least five Woollies Buttermilk Muesli rusks made with badger friendly honey and free range eggs. 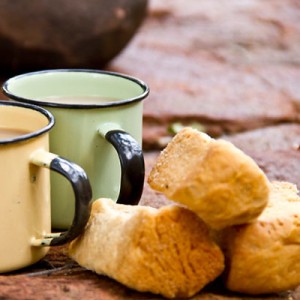 The greatest difficulty I am encountering in writing a book, lies in the final straight, the last 10% of its completion. Getting a manuscript up to 80 or 90% is not impossible. Hard work, plenty of reading, creative writing classes, time at the desk, advice from the pros and help from an editor can make your work up to 80 or 90% passable.

But, as rejection by most publishers in the Southern Hemisphere showed me, 80 or 90% percent right is not good enough. 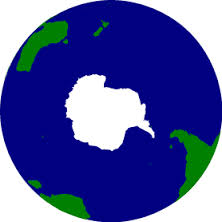 The publishing industry is not in a generous mood. During a recent discussion at the Open Book Festival, Swedish Indie publisher Svante Weyler said that in Sweden, a nation of readers, where 95% of children are read to, publishing is difficult. He says that Amazon is driving down the margins, creating a lower price expectation among consumers of print books. Amazon, he says, are all about distribution, not literature. He believes Amazon wants to kill his  publishing business, and his former allies, the newspapers, can’t help him. In Sweden, newspapers used to have a circulation of 500 000 – 800 000 copies. If the publishers set a book in the path of the right critic, they could predict vigorous sales after a good newspaper review. Not so with social media. Weyler considers it less predictable.  The critical authority of the newspaper book reviewer is, in Weyler’s opinion, dissolving with the status and circulation of the newspaper itself. 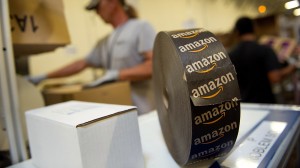 Spare a thought for publishing in South Africa. We are not a nation of readers, in fact, in 2013, 13% of 11 year olds were illiterate. (But YOU can make a difference HERE at help2read)

According to the research of Mervyn Sloman, owner of the The Book Lounge, only 8000 local English fiction books are sold each month in South Africa. The average South African novel sells 800 – 1200 copies, making for tight margins all round. Often the bestsellers and the non-fiction titles subsidize the publication of the lesser performing works of English fiction.

Whether the problem be the price, the perception of South African literature, inadequate marketing or the evaporating pool of readers, the debate at the Open Book Festival was inconclusive. The problems that make publishing a tight business seem complex and the solution an amalgam.

But the truth for the writer is that, in this unprofitable climate, your manuscript has to be a cracker. 100% good. It has to be worth that beleaguered publisher risking her bottom dollar. 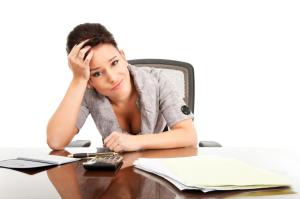 Writing a book might be like climbing Mount Everest. Not many people climb mountains. Not many people have the resources to perfect the sport. Fewer make it to Base Camp. The climbers who make it to Camps 2, 3 and 4 are a rare breed. They have to traverse the Khumbu glacier, climb the icefall and then the Lhotse Face. They’re the most determined. But when they reach Camp 4 on the South Col at 26 000 ft (almost cruising Boeing height), they are only 90 % done. 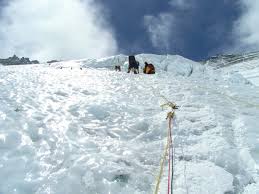 I’ve seen many people join creative writing classes, but not finish their course or its assignments. Of those who finish, few continue to complete a manuscript. And even fewer polish the manuscript enough for publication. But, from among those who do, there comes outstanding published literature. This makes the competition at the end of the writing process  so much greater than at the beginning.

The last 10% of an Everest climb is in the death zone. Altitude sickness is a constant threat. Failure has it’s worst consequences on this last climb from Camp 4 to the summit. It’s slip and die territory. But, if you don’t tackle it you will never reach your goal.

I heard Lauren Beukes once say that success in writing is 10% talent, 10% luck and 80% hard work.

The last 10-20% effort required to complete my manuscript has been the hardest work of this entire journey. On Everest, on the Knife Ridge, just before the summit is the Hillary Step. This has to be traversed one climber at a time and the number of climbers often causes a major bottleneck and 2 – 3 hour delays. These delays are lethal in the death zone. 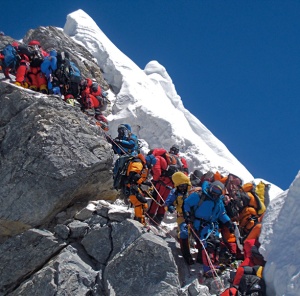 When you think your final draft is ready and you submit it to publishers you may believe that you are one in a million, like one of those outstanding climbers who makes it to the South Col. But, just like those rare breed of climbers find out on the Hillary Step, you are not. It’s a bottleneck up there. The publishers receive an enormous volume of submissions. How do you avoid being a death zone casualty?

To be honest, I don’t know, because I’m there. I’m in the death zone, stuck in the bottleneck. But I’ll hazard a few guesses.

In the meantime, you can throw an ice axe into the slippery slope South African English Fiction finds itself, and self arrest the fall.

There are many local writers producing fantastic work. And it’s not all literary, depressing and political, if that’s your perception. But you need to buy it for it to survive. Plant that ice axe in the snow by buying South African fiction. Buy it for yourself, for your book clubs and for your children.

Modjaji Books publish southern African English fiction, and it’s all about the girls there. They publish female writers only and have some wonderful titles available on their website.

Pan Macmillan’s catalogue of local fiction can be found HERE

The bonus is that you are not really in the ice and snow. You don’t have frostbite or altitude sickness. And you don’t have to *you-know-what* in a bottle.  So you have no excuse not to #ReadSA. Why, you don’t even need to go out. You can shop online…for your books and for those Woolworths Buttermilk Rusks made with badger friendly honey and free range eggs. 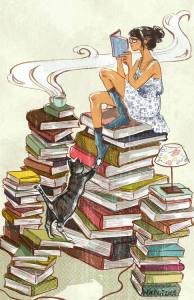 One thought on “Is writing English fiction in South Africa attempting the insurmountable?”